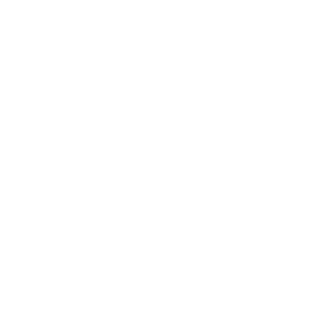 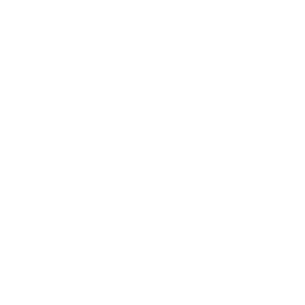 Looking for a shopping list to help support healthy testosterone levels? Make sure a few of these not-so-rare foods make it into your meal-prep ritual!

Testosterone is a vital hormone that plays a crucial role in men’s—and yes, women’s—bodies in a wide range of functions. Just a few include hormonal balance, sex drive, muscle gain, and body composition. Evidence suggests that prioritizing certain nutrients, such as vitamin D and zinc, will help support your testosterone production and free testosterone levels.

The best part? It’s not just a bunch of exotic and expensive foods that contain the most well-known testosterone-boosting nutrients. That’s especially good news, because if you actually want to benefit from a food, eating it once or a few times isn’t good enough. You need to make it part of your regular rotation, just like you’d do with any supplement you’re taking or exercise you’re performing.

Looking for some inarguably good staples to build around? Start with a few of these popular foods. Mix and match them, and you’ve got a solid meal plan for the week.

Tuna contains an abundance of both vitamin D and zinc. Canned light tuna packs up to 268 IU of vitamin D in a 3.5-ounce serving, which is 34 percent of the daily recommended value (DV). Vitamin D is in the headlines more than ever for its immune-supporting qualities, but has also been shown to be a potential indicator of total testosterone levels. In other words, if you’re low in one, you’re likely low in the other.

Can’t afford to splurge on that premium albacore? No problem. Go for the “chunk light tuna” made out of the smaller skipjack fish. This variation is not only cheaper, it’s also a solid source of zinc and vitamin D—and is known to contain less mercury than tuna.

Eggs, specifically the yolks, are excellent for supporting healthy levels of testosterone. And it’s at least partly because of a type of lipid that was once a bad word in medical circles: cholesterol.

While too much of the wrong type of cholesterol can be bad for your long-term health, consumption of a moderate amount of healthy cholesterol is actually required for hormone production! These are the same cholesterol molecules that support healthy cell membrane function, as well.

The yolk contains a number of nutrients that the whites don’t, most prominently Vitamin D3, which is a precursor to testosterone production because it is a cholesterol-derived hormone. But aside from the particular nutrients, studies have even linked whole egg consumption to muscle and strength gains, as well as to fat loss when compared to more standard diet options.

Yes, the whites are still a great source of protein, but that’s about it. No matter how you prepare your morning eggs, definitely don’t toss the yolks in the trash!

Three ounces of raw oysters contain 32 milligrams of zinc, more than four times the recommended daily intake. Can’t get them fresh on the regular? Canned oysters are a great source of all the same nutrients.

Grass-fed beef is perhaps one of the best testosterone-supporting foods, since it contains high levels of both vitamin D and zinc. A 4-ounce steak—definitely not a huge portion—contains nearly 5.7 milligrams of zinc, which is 70 percent of the DV.

That same 4 ounces also contains around 28 grams of protein. An old gym tale that seemingly refuses to die states that high-protein diets can negatively impact your testosterone levels, but as Chris Lockwood, Ph.D., explains in the article, “Does Whey Lower Testosterone Levels?” there’s no good reason to believe this is the case.

The brazil nut is historically the ignored and neglected nut that is still in the bowl when all the others in the mix have been eaten. If you see that happening, gather them up and save them for yourself! It’s just one of many plant-based protein sources that are more than just a great source of protein.

Brazil nuts are rich in selenium, a mineral that has been linked to healthy testosterone levels and overall sexual health in men. One 100-gram serving can provide 2739 percent of the selenium RDA (about 1,917 micrograms of selenium) as well as an abundance of healthy fats.

Looking for something to put in the meal prep container with your beef, eggs, brazil nuts, or oysters? Go for something green and crunchy, like brussels sprouts.

Brussels sprouts, broccoli, cabbage, and other cruciferous vegetables contain a compound called indole-3 carbinol, more commonly referred to as diindolylmethane or DIM. In fact, DIM is a phytonutrient, meaning it’s only found in plants. It gets released when you chew and digest, so remember to chew your veggies well.

Research indicates that DIM can promote the activity of CYP enzymes responsible for the metabolism of estrogen to 2-hydroxyesterones. This cycle contributes to healthy levels of both estrogen and testosterone in the body.[6]

This bright red fruit was long one of the best kept secrets when it comes to superfoods, but the word about the power of pomegranates has been getting out in recent years. Pomegranates contain a ton of beneficial bioactive plant compounds that contribute to its super-fruit status, such as polyphenols, flavonoids, and antioxidants.